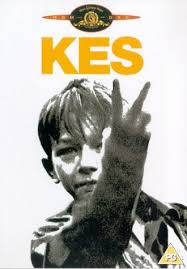 The British director Ken Loach turned 75 this year and to celebrate 50 years of his film making the British Film Institute is holding a retrospective of his work.

Asked about the political drive in his films, Ken Loach tells Sarah Montague that he has not softened with time. He also explains why he believes that the world follows a downward spiral towards economic chaos and alienation.

I have to agree…

When I was at school in South London scores of kids in my class just got left to slide into criminality.  Many of the most aggressive violent youngsters I knew at school were people who had talent, empowerment and energy but who were serially obstructed by a system that disowned the social mandate of providing education and jobs – a chance for all.  Today they are parents not with stability and social accord but with maligned stories of social decline.  They have in many cases lived lives at the behest of the criminal courts – mechanisms they never chose and failed to escape.  The tragedy is that we all pay for this loss.

You cannot fail childrens’ rightful expectations, not even the most ephemeral of their valid, treasured visions, aspirations and futures and have a harmonious society as a result.

We have the creativity and raw materials for 100% employment in UK and Europe – society is understandably reacting as a result of broken homes, economy and outright poverty.

Find out who is coming up on the programme by following us on Twitter.