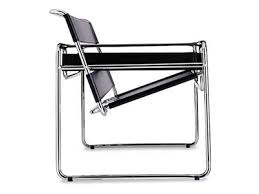 The Wassily Chair was first built in 1926, by Marcel Breuer at the Bauhaus institution in Dessau, Germany.  Breuer found his inspiration for the chair in the bent form of a bicycle handlebar, available for the first time in steel due to a development in technology.   full article

The Barcelona chair was exclusively designed for the German Pavilion, that country’s entry for the International Exposition of 1929, which was hosted by Barcelona, Spain. The design resulted from collaboration between the famous Bauhaus architect Ludwig Mies van der Rohe and his longtime partner and companion, architect and designer Lilly Reich, whose contributions have only recently been acknowledged.[citation needed] An icon of modernism, the chair’s design was inspired by the campaign and folding chairs of ancient times.

Visited the Danish Design Center in Copenhagen and saw their exhibit called “Living Wood.” There was a large room filled with fantastic furniture designed in wood. There were immaculate specimens from Thonet to Eames, but one of my favorites was the Chieftain chair by Finn Juhl in 1949.

Finn Juhl’s furniture designs are simple, yet extraordinary. A clear example of this duality is in this sofa design below (image found at ModCulture). There are a number of great images of other Finn Juhl designs at Architonic and arcspace and images from his house at Materialicious and MidCenturyModernist.com (I really like Juhl’s art collection!)

Finn Juhl (1912–1989) was trained in Architecture at the Royal Academy in Copenhagen (1934) and studied for ten years in the offices of Danish architect Vilhelm Lauritzen. He was, however, a self-taught furniture designer. His designs were primarily for his own use, until his architecture office became known for its unique and sculptural furniture. In 1951, Juhl was given the challenge and honor of design the interior of Trusteeship Council Chamber at the UN headquarters in New York. The result of this project was heavily praised and generated awareness of a Danish Modern furniture style. (Biographical information from Danish-Furniture.com and r20thcentury.com) 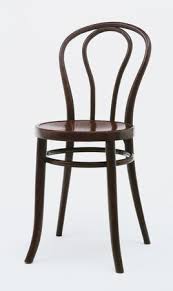 Above: Maman Abdurachim prefers … The Thonet

… to me the original Thonet is still my clasic favourite chair.

… the comments continue in Linkedin.com

With an onus on creating relaxing furniture pieces, coconut trees were used to create this gorgeous Pacific Ocean-inspired furniture collection from Clayton Tugunon.

Back in its heyday in the 1950s, Acapulco was (they tell me) a slice of heaven on earth. Hollywood stars, starlets, millionaires and royals from around the world flocked to this Pacific Beach resort and partied like only Mexico can.  And after the music was over and the body too tired to go on, they went back to their yachts, villas or luxe hotels and plopped down to rest before the next soirée … and many did so on the fabulous Acapulco Chair.

The classic Napoleon chair was just first used by Lutyens in his own home in 1919. Later he had a chair made for each of his five children, one of which now lives in the Victoria & Albert Museum in London. It is said that he named the chair from a painting by Jacques-louis David of Napoleon seated in an assymetric chair. Lutyen described it as the next comfortable chair ever. 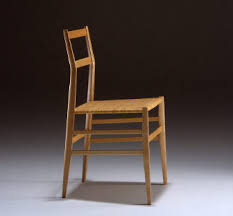 15 Replies to “The greatest Chairs on earth – your favourite? Finn Juhl, Marcel Breuer, Corbusier or Eames?”